Tim McKenna is the founder of Erie Islands Sailing School. He began sailing as a child on Lake Erie and, as they say, the rest is sort of history. Tim has competed in most of the Lake Erie races as well as more than a dozen Port Huron – Mackinac races. Although a life long Great Lakes sailor, Tim has also enjoyed the opportunities to do some extensive “Blue Water” sailing in the Atlantic, Pacific and Caribbean. He has done multiple deliveries to and from the Caribbean from New England and the Chesapeake, sailed to the Azores and even had a trip from Gibraltar to the Canary Islands. Tim has sailed through or around most of the Islands in the Caribbean and even managed to live on his sailboat for two winters in the Bahamas.

Tim holds a USCG 100-Ton Masters license and is certified to teach sailing by the American Sailing Association.

Having taught sailing at schools on Lake Erie, Lake St. Clair, Florida, California and the Virgin Islands he decided to put together a sailing school where it all started for him – the beautiful waters of Lake Erie. He enjoys sharing stories of many sailing adventures, the people met and some fantastic boats on which he has sailed. 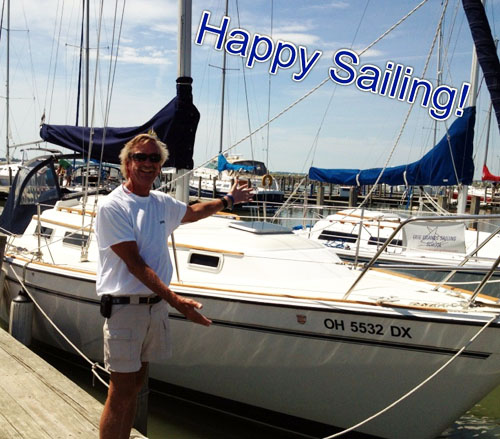 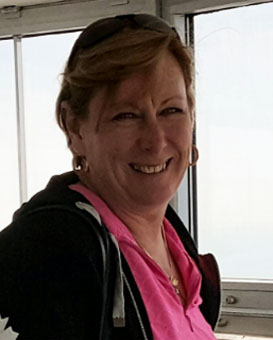 Captain Dana Ash has been an instructor with Erie Islands Sailing School since its inception and is one of the school’s top rated instructors. In addition to holding the USCG100-Ton Masters Near Coastal License including Sail and Towing Endorsements, she has been certified by the American Sailing Association to teach all levels from the Basic Keelboat (ASA 101) through the Advanced Coastal Cruising (ASA 106).

Growing up on the New Jersey shore, Dana spent summers sailing mostly small boats on the Atlantic Ocean and in the small bays and coves of the area. In addition to Lake Erie and the Great Lakes she has sailed along the US East Coast, the Chesapeake, Caribbean, Bahamas and Costa Rica. Prior to becoming certified by the ASA she taught non-certification sailing skills courses. She continues to teach private classes and coordinates the “Women only” sessions for Erie Islands Sailing School.

When not teaching and introducing other s to the cruising lifestyle, Dana loves spending long weekends living, working and sailing on her own Sabre 34, “Mar y Sol”.

Captain Alan Jensen says that he grew up as a water rat…there is just no other way to say it.  He loves being on, in or under the water.  He grew up near the Chesapeake Bay and vacationed with his family on Cape Cod where he taught himself to sail off the beach on Nantucket Sound at age eight.  He has owned some kind or other of a boat since then.

Alan has sailed (and powered) boats along the US East Coast, Caribbean, Gulf of Mexico, ICW and the Chesapeake Bay.  He currently holds a USCG 100-ton Masters license with sailing and towing endorsements and  is also a certified sailing instructor with the American Sailing Association.  He has taught for Erie Islands Sailing School since  2014 and is certified to teach classes from Basic Keelboat (ASA101) through Advanced Coastal Cruising (ASA 106) and Docking (ASA108).  Alan enjoys sharing his experiences and love of sailing and the water with just about everyone he meets. 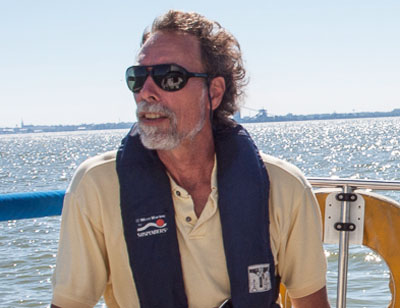 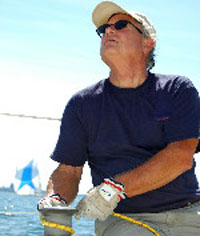 Captain Jere Austin learned to sail in his early teens on Great South Bay of Long Island in a wooden 14 foot sailboat called a Barnegat Bay Sneakbox.  It was on this little boat that he learned the joy of sailing.  During his college years he taught sailing in a youth program on Cape Cod.  He has also managed marinas, sold, commissioned, and serviced a variety of sail and power boats.  In addition,  Jere has been involved in the design and production of a number of sail and power boats with several major marine manufacturers over the years.

Jere was a student at the Westlawn School of Yacht Design when he was lured to Ohio by Kent State University.  This move took him from the salt water of the East Coast to the fresh waters of Lake Erie where he has been for the past 20 years.  While teaching at Kent State’s Ashtabula, OH campus, Jere earned his master’s degree and used his experience from the boating industry to teach CAD and plastics technology courses.

Jere has cruised and raced his C&C 35 extensively around the Great Lakes.  He is certified to teach sailing by the American Sailing Association and holds a USCG 50-Ton license.  He is looking forward to an enjoyable future meeting and introducing new sailors to the joys of sailing…and sailing safety.

Captain Rick started sailing when he found a 14’ Pintail and joined Mohican Sailing Club in Mifflin, Ohio. He sailed with the club for 2-3 years and has been enjoying the sailing life ever since.

With the need to sail somewhere else, Rick bought a 25’ Catalina and moved to Safe Harbor Sandusky to sail on Lake Erie. While taking more ASA classes as vacations to places like the BVI, Lake Superior, and Washington state around the San Juan Islands Rick was adding to his sailing experiences.

Rick bought his current boat, PaPa’s Passion, a 31’ Irwin, in 2010 and set it up for single handed sailing. Rick has been enjoying sailing ever since while sharing his passion of sailing with students from Erie Islands Sailing School. 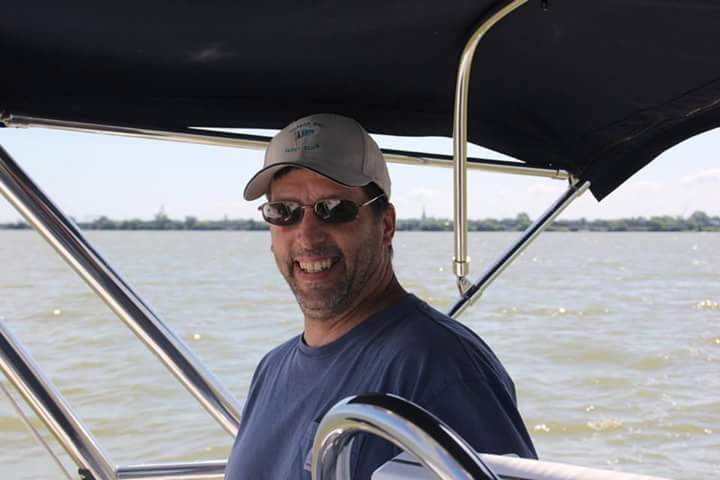 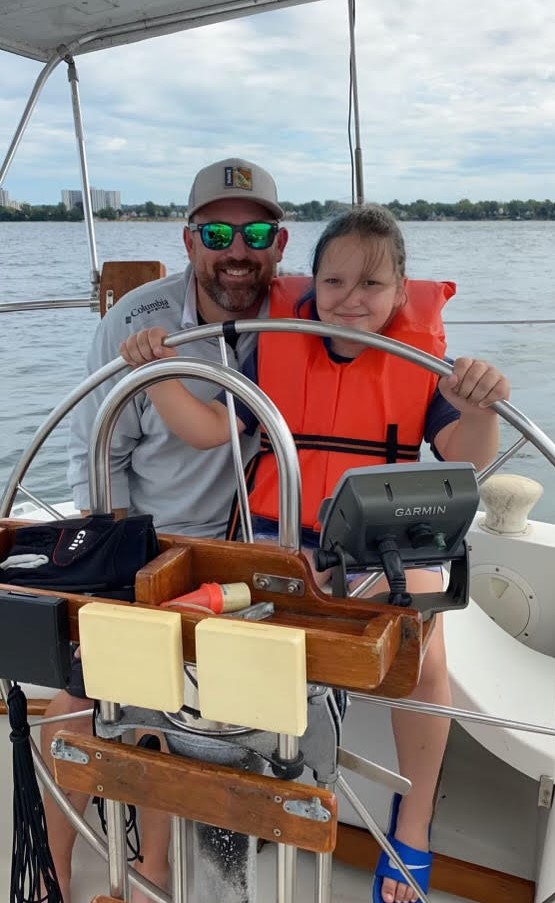 Jeremiah started his journey with boating at the age of ten in Cleveland. He has extensive experience sailing and boating in all parts of Lake Erie. Jeremiah also enjoys racing at his yacht club and sailing with friends and family.

Jeremiah holds his USCG 25T Master Near Coastal license with Sailing and Towing endorsements and is certified by the American Sailing Association to teach ASA 101, 103, and 104.

Jeremiah teaches mainly out of our Cleveland location, however, you may see him from time to time at our Sandusky location as well. 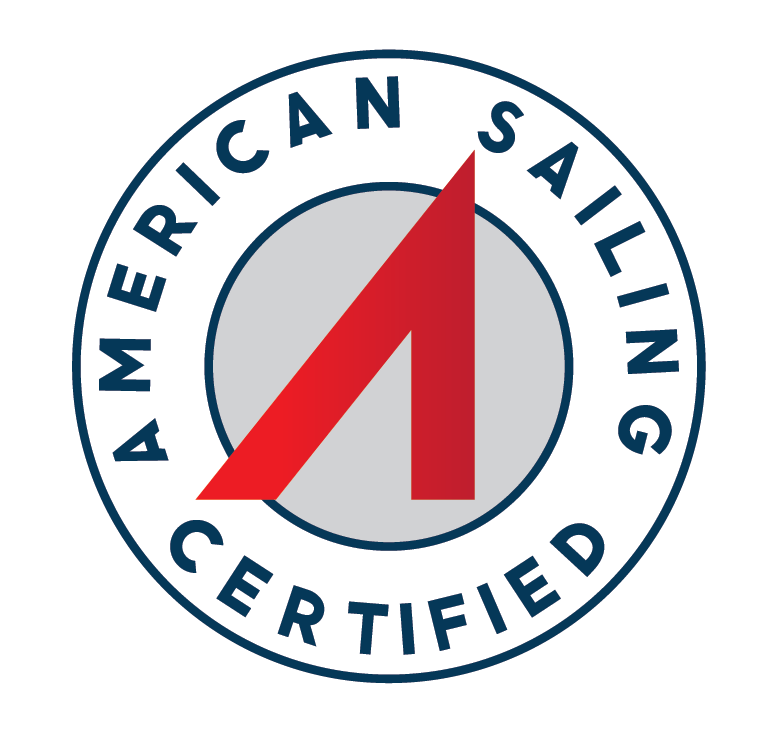